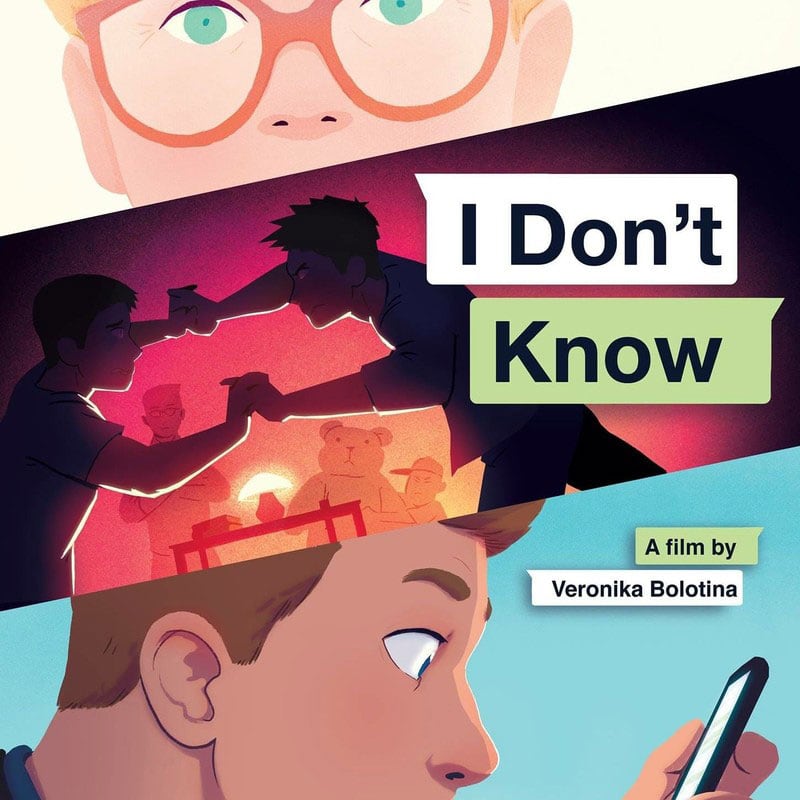 Jerry (Ryan Wichert) just wants to send a message to a friend – and thus triggers a sentimental avalanche, which everyone knows well in such a situation: courage, fear, childishness, humor, rationality and irrationality. In particular, the conflict between fear and courage degenerates, and in an epic battle sequence the feelings wrestle with each other. The short film “I Do not Know” by Veronika Bolotina is about the inner ordeal of a teenager.  But in our film we also deal with stereotypes that emerge through our media, which often give us a picture to live by. The film shows a character that our Generation Y can identify with. That’s because we all sometimes have to make decisions that we do not really have the answers to. The decision-making phase is strongly influenced by the external pressure or the pressure we make on ourselves.