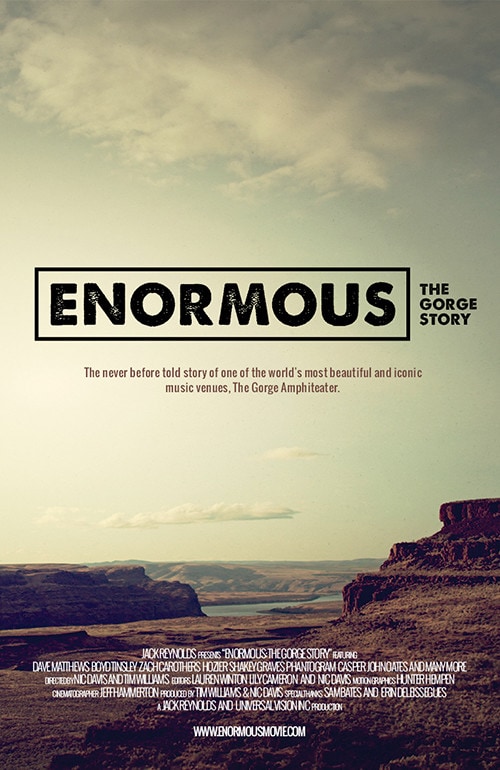 Despite overwhelming odds, a small family winery – with a makeshift plywood stage – eventually became “The Gorge,” a Pollstar, Billboard, and ACM winning music venue. Enormous: The Gorge Story explores how “The Gorge” has brought over 7 million fans, and the world’s biggest musicians, to a patch of rural Washington farmland “150 miles from nowhere.” The film also follows the stories of Dave Matthews, Jason Mraz, and Pearl Jam (among many other artists) – all of whom have legendary pasts at the venue.